One of the advantages of social networking for educators is that it allows us to connect with other educators and learners with common interests that we might never have the opportunity to meet in 'face to face' life.
Personal Learning Networks
Social Network Platforms are websites (usually commercial websites) that allow users to form their own groups on that platform. Popular examples of these are Facebook, Twitter, MySpace, hi5.com, & Linked in. You can see a more extensive list of social network platforms here. Often sub-groups for within these platforms based on mutual interest. They can exist on multiple platform and/or have their own independent site as well. 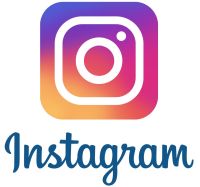 
Please add other worthy accounts to our TILL Group Notes

You can find Jeff online at:

Here are Barbara Sakamoto's thoughts on
'So, what's Twitter good for, anyway?' and
her introduction to ELTChat.

The key to making twitter interesting is finding interesting people to follow.
You can find some people at: Other Guides
Examples of other social network platforms

This work is licensed under a Creative Commons Attribution-ShareAlike 4.0 International License.